A Poll: Which character do you find most appealing

I'm a bit curious about something which I'd like to get folks thoughts on: the general "appeal" of the various characters I tend to use.  What folks answer to this might have a small impact on what art I commission of the various beasts, but largely, it's just to satisfy some curiosity.

There are three primary characters I'm going to be asking about: The original Gilrandree, the modified ("taur") version of him, and Odontaspis 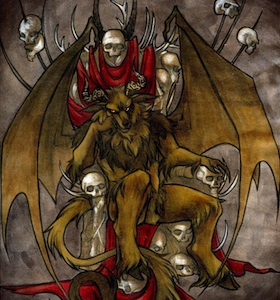 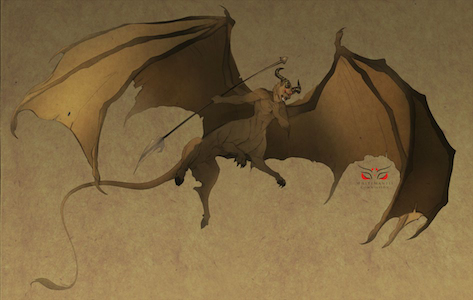 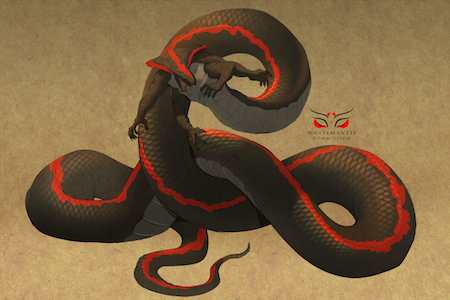 I ended up with a few more questions than I intended, but I'd love to see what people think.  Also, of course, feel free to comment with more details or thoughts.

EDIT: For the third to last question about which you would want as company, think of it this way: if you could safely summon one to do your bidding, which would it be?

Open to: All, detailed results viewable to: All. Participants: 17

Of the three characters, which do you find has the highest general visual appeal. Of which would you most want to look at art?

If you're an artist (or wish to be one), which of the three would you most like to draw? If I'd purchased a commission from you, giving you the choice, which would you pick. (In no way to I consider this a promise you'll ever do art for me. :) )

Both of the characters are identified as "demons." They are not good people. If you were reading fiction, which of the personalities would you find more appealing in the "bad guy?"

Gilrandree: More likely to resort to violence, can be rather brutal at times.
2(14.3%)
Odontaspis: More biased toward the realm of temptation and corruption. His focus tends to be corruption of others rather than just seeding chaos directly.
3(21.4%)
A mix, demonic villains should always be working toward corruption, but always willing to resort to violence if the need arises.
9(64.3%)

As before, which of the two personalities would you prefer to write as a villain, if you are (or would like to be) a writer?

Noting that both of the characters are actually portrayed as a mixed personality, though Gil tends to lean toward violence, Odon toward corruption, which would you prefer to interact with in some form of role-play (be it organized games where they are the enemy, casual RP, or anything else)? This is based on both personality and physical appearance.

If one of the characters could visit you (with a promise that they will be on good behavior when in your company), which would you prefer

If someone said, "like it or not, you are going to become one of these creatures," which would it be?

Finally, expanding the list to more of the characters I've used over the years, overall, which characters do you find most appealing in general.